As His Wind Blows

Genesis 28:10 And Jacob [Ya’akov] went out from Beer-Sheva [Beer-Sheba, or fountain of oath, and went toward Charan [Haran, parchness, aridity~ dryness of Holy Spirit, Ruach HaKodesh] .

His grandfather Abraham had planted a grove in Beer-Sheva, and called there on the Name of YHVH, El-Olam [Gen. 21:31]  .

His father Isaac had been offered in the land of Moriah, grandfather calling Mt. Olivet “YHVH-Yireh”, YHVH will provide, Himself becoming the Lamb [Genesis 22:14].

Now Ya’akov leaves the foundational stones of his faith, his mother Rivqah [Rebbeca, the beauty] and Yitzchak [laughter], his father, and ventures out in the desert which is void of worship of the Elohim [God] of his fathers. He goes to a “certain place”, stays all night, laying his head [~the mind, thoughts] on those ‘stones of faith’, the Rock of Ages.

And Ya’akov [Jacob]  lay his head on a stone and dreamt of the ladder with messengers of Elohim  going up and down; Elohim stood above it, announcing His blessings over Ya’akov, of  the land to him and his seed.

And see, I AM with you and shall guard you wherever you go…for I AM not going to leave you UNTIL I HAVE DONE what I have spoken to you [Genesis / Bereshith 28:15]!

Truly, YHWH was in that place, said Ya’akov! “How awesome…this is none other THAN THE HOUSE OF ELOHIM [Beyth-El]  & THIS IS THE GATE of the shamayim [heavens] [v. 16-17]!

And Ya’akov rose early in the morning & took the stone…and poured oil on top of it [v.18]!

What is an offering ? a drink offering?  Why oil ? Why pour it out?

Anointing, ” mishchah”  in Hebrew, is the act of “unction”, a consecretory gift, a gift of consecrating: to set apart as sacred, make or declare holy; to dedicate or devote; to elevate in a sacred or exalted office, to crown a king or ordain a priest! So , anointing  with oil sets apart, to dedicate or make sacred something offered to Yahweh.

I have found My servant David; with My qodesh  [holy] oil I anointed him [Psalms 89:20]

And this is the task you shall do to them to qadosh [make holy] them to serve Me as kohenim [priests]: Take …unleavened bread…cakes mixed with oil & unleavened wafers anointed with oil…& shall take the anointing oil & pour it on [Aharon’s] head & anoint him [Exodus 29:2; see also Leviticus 7:12].

The Bridegroom Yeshua, in Song of Songs 1:3, is praised:

For fragrance Your oils are good. Your Name is oil poured forth, therefore the maidens love you.

Let your garments be white [~purity] at all times & let your head lack no oil!

The wise keep oil in containers with their lamps ready for the Bridegroom Yeshua to return and take those who are ready in to the wedding feast before the doors shut! [Matthew 25:1-13]

The anointing oil is sacred &  to be used only to anoint that used for Yahweh, such as  the tabernacle furniture and the priests [the following is condensed review of the 4 spices used to make the anointing oil:

26) And with it you shall anoint the Tent of Meeting, the ark of the covenant law, the table [ of Bread]…the Lampstand…the altar of incense, the altar of burnt offering…the basin…29) & you shall qadosh [consecrate] them &  they shall be most qodesh [holy]. Whatever touches them is to be qodesh.

“But you are a chosen race, a royal kehunnah [from kaw-han‘, to mediate; officiate, as a priest], a holy nation, a people for possession, that you should proclaim the praises of Him who called you out of darkness into His marvelous Light…”!

Isaiah 10:27  “… and your yoke will be destroyed because of the anointing oil.”

Luke 4:18  “The Spirit of Yahweh is on me, because He has anointed me to bring the Good News to the poor. He has sent me to heal the broken-hearted, to proclaim release to the captives and recovery of sight to the blind, to send away crushed ones with a release, to proclaim the acceptable year of Yahweh.” [from Isaiah /Yeshayahu 61: 1-11]

Mark 6:13  They drove out many demons and anointed many sick people with oil and healed them.

James 5:13-15 Is any one of you suffering evil? Let him pray. Is anyone in good spirits? Let him sing psalms,  songs of praise. Is any one among you sick? Let him call for the elders of the assembly & let them pray over him, having  anointed him with oil in the Name of the Master. And the prayer of belief shall save the sick person & the Master shall raise him up. And if he has committed sins, he shall be forgiven.

2 Corinthians 1:20-21   For as many promises are of Elohim , in Him they are “Yes” and so in Him the “SO BE IT, AMEYN”  to the esteem of Elohim through us. But He who establishes us with you  in Mashiach [Messiah] and has anointed us, is Elohim, who also sealed us, and gave  the Ruach [Spirit] in our hearts as a pledge.

Hebrews / Ibrim 6:1-2 Therefore having left the Word of the beginning of Ha’Mashiach, let us go on to perfection, not laying again the foundation of repentance from dead works, and of belief in Elohim, of the teaching of immersions, the laying on of hands, the resurrection of the dead, and eternal judgment. (And other simple truths like anointing with oil, calling on the elders, speaking the truth and loving one another) 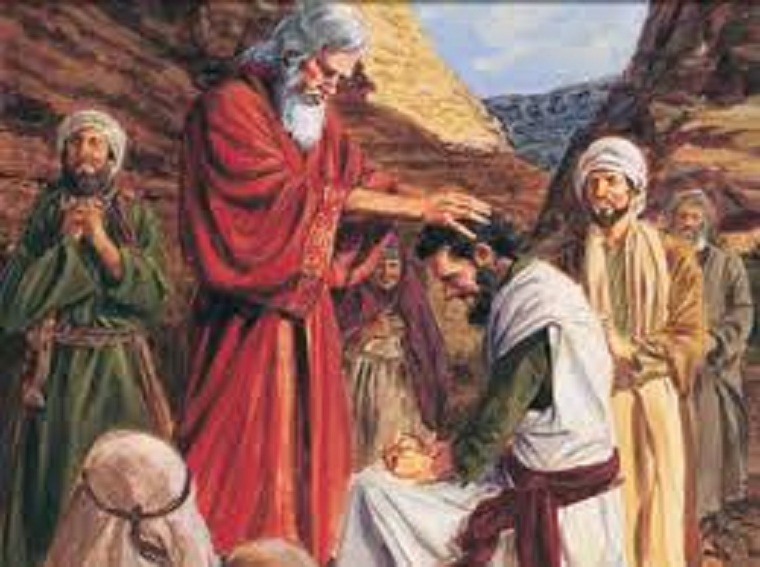 3 thoughts on “The Anointing & The Oil”